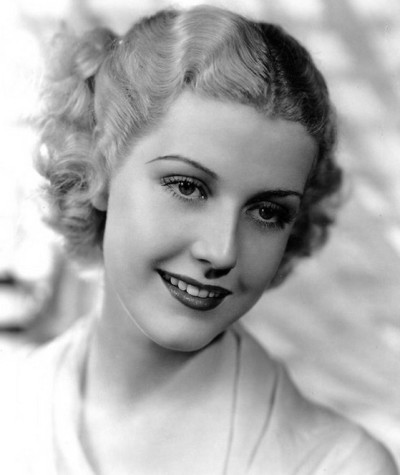 Anita Louise (January 9, 1915 – April 25, 1970) was an American film actress best known for her performances in A Midsummer Night’s Dream (1935), The Story of Louis Pasteur (1935), and Anthony Adverse (1936). Anita Louise Fremault was born on January 9, 1915 in New York City. She made her acting debut on Broadway at the age of six, and within a year was appearing regularly in Hollywood films. By her late teens she was being cast in leading and supporting roles in major productions, and was highly regarded for her delicate features and blonde hair. As her stature in Hollywood grew, she was named as a WAMPAS Baby Star, and was frequently described as one of cinema’s most fashionable and stylish women. Her reputation was further enhanced by her role as Hollywood society hostess, with her parties attended by the elite of Hollywood, and widely and regularly reported in the news media. Among her film successes were Madame Du Barry (1934), A Midsummer Night’s Dream (1935), The Story of Louis Pasteur (1935), Anthony Adverse (1936), Marie Antoinette (1938), The Sisters (1938), and The Little Princess (1939). By the 1940s, Louise was reduced to minor roles and acted very infrequently until the advent of television in the 1950s provided her with further opportunities. In middle age she played one of her most widely seen roles as the gentle mother, Nell McLaughlin, in the CBS television series My Friend Flicka from 1956–1957, with co-stars Johnny Washbrook, Gene Evans, and Frank Ferguson. Anita Louise virtually retired after My Friend Flicka, which was rebroadcast thereafter for a generation. Her husband of twenty years, the film producer Buddy Adler, died in 1960. She married Henry Berger in 1962. Louise died of a stroke on April 25, 1970 in West Los Angeles, California. She was buried next to Berger at the Forest Lawn Memorial Park in Glendale, California. She was 55 years old. Anita Louise has a star on the Hollywood Walk of Fame in recognition of her contribution to Motion Pictures at 6801 Hollywood Boulevard.