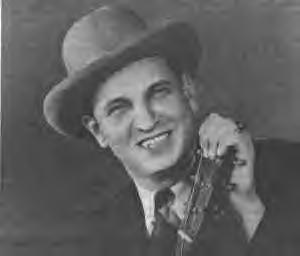 CLYDE LEONARD MOODY, known widely in the bluegrass music world as the “Hillbilly Waltz King”, was born 19 Sep 1915 in Haywood County, NC, and died 07 Apr 1989 in Ashland, Cheatham, TN. His musical career began in the 1930’s and spanned over 50 years. He wrote music and lyrics and performed with many musical greats. Before joining Bill Monroe(ca 1940)to be a member of Monroe’s (original) Bluegrass Boys, Clyde did radio performances with the Happy-Go-Lucky Boys and a bit later teamed up with Wade Mainer and Steve Ledford, to became known as Sons of the Mountaineers.

During a brief hiatus from performing with Bill Monroe, Clyde and Lester Flatt performed on radio shows in North Carolina. When he rejoined Bill Monroe’s band, they went on to perform the Grand Old Opry, where he eventually became a featured artist.

Clyde’s music, a smooth, soft blend of country/bluegrass/waltz and just plain “mountain”, produce such beautiful melodies as “Six White Horses” (title song of one his albums), “I Waltz Alone” and, “Shenandoah Waltz”, which went gold.

Clyde performed on many stages from county fairs to the “Opry”, to the White House. He recorded under both Columbia and Decca Record labels; and, though his health and age limited him a bit, he performed off and on until he passed away in 1989.