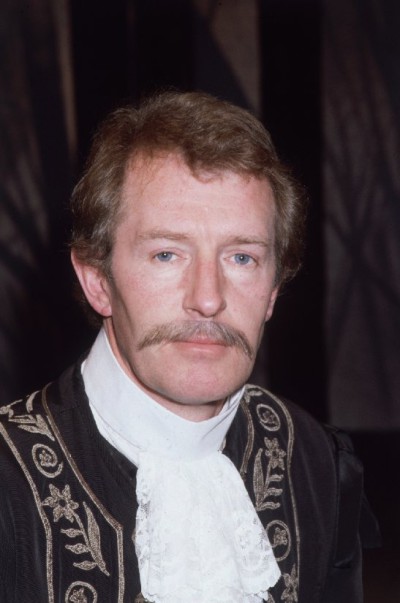 Redgrave was born on 16 July 1939 in Marylebone, London, the only son and middle child of actors Michael Redgrave and Rachel Kempson. He was educated at Westminster School and King’s College, Cambridge. Redgrave played a wide range of character roles on film, television and stage. On stage, he was noted for performances by Shakespeare (such as Much Ado About Nothing, Henry IV, Part 1, Antony and Cleopatra, and The Tempest) and Noël Coward (a highly successful revival of A Song At Twilight co-starring his sister Vanessa Redgrave and his second wife, Kika Markham). For his role as the prison warden Boss Whalen in the Royal National Theatre production of Tennessee Williams’s Not About Nightingales, Redgrave was nominated for an Evening Standard Award, and after a successful transfer of the production to New York, he received a Tony Award nomination for Best Actor in a Play, in 1999. Two years later he starred in the original London production of The General from America as Benedict Arnold. When the play transferred to Broadway the following season Redgrave switched roles and portrayed George Washington . In 2005, Redgrave had just finished an engagement playing the lead in King Lear with the Royal Shakespeare Company in London when he suffered a severe heart attack. In 2008, he returned to the stage a highly praised portrayal of Oscar Wilde in the one-man-play De Profundis. In 2009, he starred in Trumbo, which opened only hours after the death of his niece, Natasha Richardson. On screen he is best known for his roles in such acclaimed and diverse films as A Man for All Seasons (1966) as Thomas More’s son-in-law; William Roper, Excalibur (1981) as the doomed Cornwall, In the Name of the Father (1993) as the corrupt lead police investigator, Persuasion and Four Weddings and a Funeral (1994) as Hamish, the fiancee of Andie MacDowell’s character.

Redgrave appeared in British television programmes such as Ultraviolet, The Vice, Trial & Retribution, Shameless, Foyle’s War, The Relief of Belsen and the Emmy Award-winning telefilm The Girl in the Cafe, in which he played the prime minister. He took the lead part of Sir George Grey in the New Zealand TV miniseries The Governor (1977). He wrote a play called Blunt Speaking, in which he performed at the Minerva Theatre (a second stage of the Chichester Festival Theatre) between 23 July – 10 August 2002. Redgrave was diagnosed with prostate cancer in 2000, which continued to affect him until he died in 2010. In June 2005, he was described by his family as being in a critical but stable condition in hospital following a severe heart attack at a public meeting in Basildon, Essex. In March 2009, Redgrave returned to the London stage playing the title role in Trumbo, based on the life of the blacklisted Hollywood screenwriter Dalton Trumbo. On the opening night, Redgrave dedicated his performance to the memory of his niece Natasha Richardson who had died earlier that week in a skiing accident. He died on 6 April 2010 in St George’s Hospital, Tooting, South West London. His funeral was held on 12 April 2010 at St Paul’s, Covent Garden, London. His ex-wife Deirdre died of cancer in 1997. His sister Lynn Redgrave died of breast cancer on 2 May 2010, less than a month after her brother. Kika Markham’s memoir of her husband, Our Time of Day: My Life with Corin Redgrave, was published in 2014.