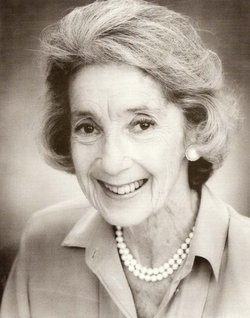 Actress. Petite, soft spoken, and kindly elderly character actress. Best remembered for her role as Adam Sandler’s grandmother in the 1996 film “Happy Gilmore,” and for her guest appearance as ‘Mabel Choate’ the woman from whom Jerry Seinfeld stole a loaf of marble rye bread on “Seinfeld.” Born in Canada, she acted locally for many years before moving to New York. She became a face to American audiences in the late 1970s, one of her first notable roles was as ‘Fonzie’s’ grandmother on “Happy Days.” She continued acting in both film and television over the next three decades. She appeared on such TV series as “Murder, She Wrote,” “Golden Girls,” and “Matlock.” She also appeared in numerous films including, “Twins,” and “Big Top Pee-Wee.” In 2002, she had a portion of her right leg amputated following an automobile accident. She continued acting, making her last appearance as ‘Aunt Ginny’ on the television series “The Middle.” On September 6, 2008, she was inducted into the Canadian Walk of Fame.