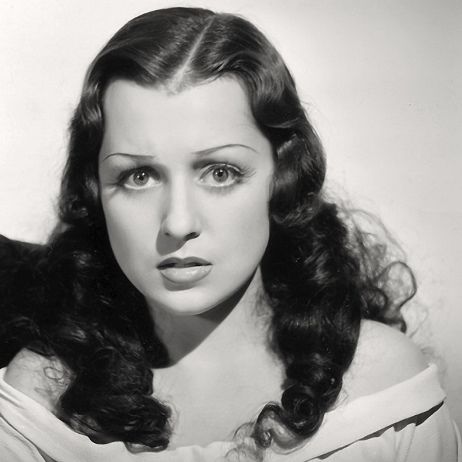 Frances Drake (October 22, 1912 – January 18, 2000) was an American actress, best known for playing Eponine in Les Misérables (1935). Frances Drake was born in New York City as Frances Morgan Dean to a wealthy family. She was educated at Havergal College in Canada and was in London visiting relatives when the stock market crashed in 1929; needing to make money for the first time in her life, she became a dancer and stage actress and found that film paid even better. Offered a contract by Paramount, which changed her name to Frances Drake to avoid confusion with the then-popular star Frances Dee, she returned to America in 1934, where she was coached by opera singer and actress Marguerite Namara while continuing in film. She was often typecast in “damsel in distress” roles and appeared in proto-horror and proto-sci-fi films opposite stars like Bela Lugosi, Boris Karloff, and Peter Lorre. On February 12, 1939, she married Hon. Cecil Howard (1908–1985), second son of Henry Howard, 19th Earl of Suffolk, who disapproved of her career, and retired from the screen when he received his inheritance. After Howard’s death in 1985, Frances Drake married David Brown in 1992; he died in 2009. Frances Drake is interred in Section 8 Garden of Legends in the Hollywood Forever Cemetery, Hollywood, CA. She has a star on the Hollywood Walk of Fame, located at 6821 Hollywood Boulevard.