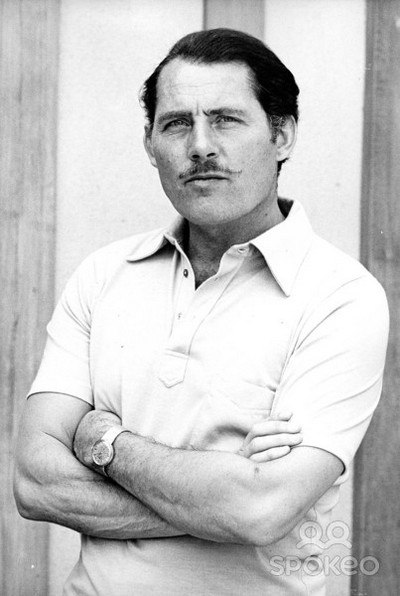 Robert Shaw was born in Westhoughton, Lancashire, England, in 1927. His mother, Doreen (née Avery), was a former nurse born in Piggs Peak, Swaziland, and his father, Thomas Shaw, was a doctor. He had three sisters, Elizabeth, Joanna, and Wendy, and one brother, Alexander (Sandy).When he was seven, the family moved to Stromness, Orkney, Scotland. When he was 12, his father, a bipolar alcoholic, took his own life. The family then moved to Cornwall, where he went to the independent Truro School. Shaw was a teacher in Saltburn-by-the-Sea in the North Riding of Yorkshire for a brief period, then attended the Royal Academy of Dramatic Art in London. He served in the Royal Air Force, air crew.  Shaw began his acting career in theatre, appearing in regional theatre throughout England. In 1952 he made his London debut in the West End at the Embassy Theatre, in Caro William.

During the 1950s, Shaw starred in a British TV series which also appeared on American television as The Buccaneers. Shaw’s best-known film performances include the assassin, Donald Grant, in the second James Bond film From Russia with Love (1963); the title role in “The Luck of Ginger Coffey” (1964); the relentless panzer officer Colonel Hessler in Battle of the Bulge (1965); a young Henry VIII in A Man for All Seasons (1966); Lord Randolph Churchill, in Young Winston (1972); the ruthless mobster Doyle Lonnegan in The Sting (1973), the equally-ruthless subway-hijacker and hostage-taker “Mr. Blue” in The Taking of Pelham One Two Three (1974); the shark-obsessed fisherman Quint in Jaws (1975); and lighthouse keeper and treasure-hunter Romer Treece in The Deep (1977), and the Israeli Mossad agent David Kabakov in Black Sunday (1977), which was the most successful of his appearances in films as the principal good-guy.

Shaw was nominated for the Golden Globe Award and the Academy Award for Best Supporting Actor for his role in A Man for All Seasons.  He performed onstage as well, across Britain and on Broadway in the US, where his notable performances include Harold Pinter’s Old Times and The Caretaker, Friedrich Dürrenmatt’s The Physicists directed by Peter Brook, and The Man in the Glass Booth, inspired by the kidnapping and trial of Adolf Eichmann, written by Shaw himself, and directed by Pinter.  In addition to his acting career, Shaw was also an accomplished writer of novels, plays and screenplays. His first novel, The Hiding Place, published in 1960, met with positive reviews. His next, The Sun Doctor, published the following year, was awarded the Hawthornden Prize in 1962.

Shaw then embarked on a trilogy of novels – The Flag (1965), The Man in the Glass Booth (1967) and A Card from Morocco (1969); it was his adaptation for the stage of The Man in the Glass Booth which gained him the most attention for his writing. The book and play present a complex and morally ambiguous tale of a man who, at various times in the story, is either a Jewish businessman pretending to be a Nazi war criminal, or a Nazi war criminal pretending to be a Jewish businessman. The play was quite controversial when performed in the UK and the US, some critics praising Shaw’s sly, deft, and complex examination of the moral issues of nationality and identity, others sharply criticising Shaw’s treatment of such a sensitive subject. The Man in the Glass Booth was further developed for the screen, but Shaw disapproved of the resulting film and had his name removed from the credits.  Shaw also adapted The Hiding Place into a screenplay for the film Situation Hopeless… But Not Serious starring Alec Guinness. His play Cato Street, about the 1820 Cato Street Conspiracy, was produced for the first time in 1971 in London.

Shaw died of a heart attack on 28 August 1978 while driving from Castlebar to his home in Tourmakeady, Ireland. He suddenly became ill, stopped the car, stepped out and then collapsed on the roadside. He was rushed to Castlebar General Hospital and was pronounced dead aged 51. He had just completed filming of Avalanche Express.  Shaw’s remains were cremated and his ashes scattered near his home in Ireland. A stone memorial to him was unveiled there in his honour in August 2008.