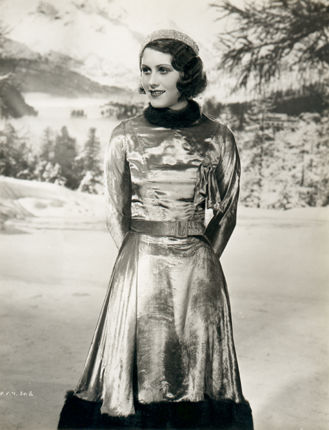 Tamara Desni (22 October 1913 – 7 February 2008) was a German-born British actress. Born as Tamara Brodsky, the daughter of actress Xenia Desni, Tamara Desni was born in Berlin. Her mother was born in Keiv, then in the Russian Empire, but emigrated to Germany sometime before the Russian Revolution. She became a star of German cinema during the silent era. She studied ballet as a child and appeared on stage and in several German films. She married a dentist while a teenager, although they divorced before Desni landed her first London acting role in 1931 in the musical White Horse Inn. She followed this up with another leading role in the musical Casanova, featuring music by Johann Strauss, Jr. Tamara Desni’s film career took off in 1933 with Falling for You, and continued through 1950. Other film credits include Dick Barton at Bay, The Torso Murder Mystery, Fire Over England and Hell’s Cargo. She met her second husband, actor Bruce Seton, on the set of Blue Smoke in 1934. They married in 1936, but divorced in 1940. She next married film producer Bill Gillett, though he did not survive World War II. Her fourth marriage was to the Canadian-born actor Raymond Lovell in 1947, the two separating in 1951. Her stepdaughter during this short marriage was the actress Simone Lovell. In France, she met Albert Lavagna, a builder. They built the popular inn ‘L’Auberge Chez Tamara’, marrying in 1956, shortly after Desni discovered she was pregnant for the first time. They had two daughters. Tamara Desni’s health began declining while in her late eighties. She died, a widow, on February 7, 2008 in Valence d’Agen, France, aged 94.