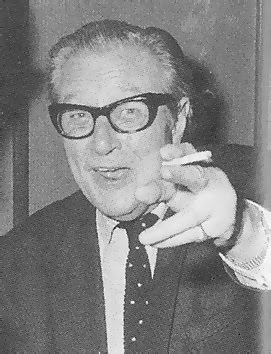 Fisher was one of the most prominent horror directors of the second half of the 20th century. He was the first to bring gothic horror alive in full colour, and the sexual overtones and explicit horror in his films, while mild by modern standards, were unprecedented in his day. His first major gothic horror film was The Curse of Frankenstein (1957), which launched Hammer’s long association with the genre and made British actors Peter Cushing and Christopher Lee leading horror stars of the era. He went on to film a number of adaptations of classic horror subjects, including Dracula (1958), The Hound of the Baskervilles (1959) and The Mummy (1959).  Given their subject matter and lurid approach, Fisher’s films, though commercially successful, were largely dismissed by critics during his career. It is only in recent years that Fisher has become recognised as an auteur in his own right. His films are characterised by a blend of fairy-tale, myth and sexuality. They may have drawn heavily on Christian themes, and there is usually a hero who defeats the powers of darkness by a combination of faith in God and reason, in contrast to other characters, who are either blindly superstitious or bound by a cold, godless rationalism (as noted by critic Paul Leggett in Terence Fisher: Horror, Myth and Religion, 2001). For a detailed discussion of Fisher’s works, see The Charm of Evil: The Films of Terence Fisher by Wheeler Winston Dixon (Metuchen N.J. and London: Scarecrow Press, 1991).